The Monsters Between Yourself and Your B2B Leads

Monsters. At first, it sounds so easy to think up of examples. But the longer you do, the more you realize that there are just so many kinds out there. Halloween alone will only show you a fraction.

But more importantly, they have always meant to represent something (be it in symbols, metaphors etc). For B2B marketers and lead generators, there are many obstacles to success that could easily be represented by monsters.

Although, that doesn’t change the fact that they are still so many to deal with (both the monsters and the marketing problems they represent). The following is an interesting way to categorize them all and bring you closer to a better strategy. Frankenstein. Dracula. The Mummy. These Universal Monsters represent the classics of horror. What they all have in common though is that they have a fairly one-sided advantage over the mortal protagonists. That’s quite similar to the feeling of powerlessness you can feel when trying to contact prospects for the first time.

Regardless, it isn’t always as one-sided as you think in marketing. As with anything in business, success starts when you really just take that first step. And besides, you can always research some basic tips on making your first cold call/email/or social media connection. The more you learn, the weaker your fears become.

From the Japanese kaiju to the hydras of Greek myth, these are not monsters of just terror but of power. It’s one thing to fear a shadow in the corner because, well, it could be just a shadow. It’s another to run screaming as your city is razed by a massive, mutant dinosaur.

While more often the antagonists of action flicks, giant monsters could easily represent giant businesses. Whether its competitors or prospects, the challenge they present lies mostly in their huge size. Either they have so many gatekeepers or their brand seems too popular to compete with.

But like in these movies, you can’t have giant monsters without a hero to beat them. That hero could easily be you, turning a giant’s size against them by finding niches they’re now too big and slow to fill. They could also be champions in your target companies who can put in a good word and let you in! 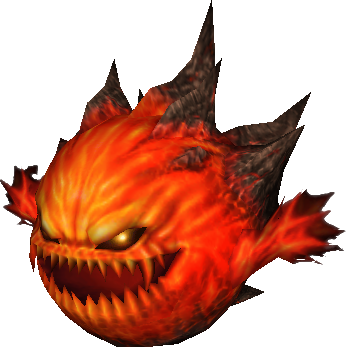 Some monsters are scary but others are just game. Literally. Whether it’s the koopas and goombas of Super Mario or the critters you often fight in typical fantasy role-playing games. Not only are they less than frightening, hunting them actually takes you another step closer to the next level!

It’s easy to see the comparison to the regular things you must do in order succeed in marketing. Never stop making calls or following-up on prospects. Keep your contact database clean and keep your skills sharp. (You don’t need to be a gamer to know that.) Success is rarely an overnight thing. More often it involves hard work and dedication to raise your marketing experience points.

These may not even cover all the other kinds of monsters the human imagination has thought of. But as far as marketing goes, it’s good to identify the ones that stand in your way. The sooner you do, the sooner you can get past them.