Most Disney villains are as cartoony as they come. There’s not really much to them that require anyone to think beyond the age of six.

On the other hand, there are some exceptional villains that are perhaps far more devious than what kids can perceive. But here’s the surprise, this double-layer that they have can be applied when you’re actually marketing in the big B2B space.

You don’t have to be villainous to have two different layers to your business and this is most especially evident when it comes to marketing. Though of course, here are some examples of Disney villains which demonstrate the point better:

The Appeal to Older Audiences

For kids who see the Horned King, they see a creepy skeleton man with horns and uses an evil pot to bring more skeleton men. That’s pretty good enough as far as the terrifying part goes. However, any fantasy nerd will have a higher appreciation because the Horned King is one of the earliest, popular examples of your typical Evil Overlord.

Now suppose in marketing, you have something that the man on the street could simply understand: a computer. However, you are more than just the guy selling PCs. People who know enterprise software will give their own higher appreciation for you as a brand that they use for their own systems. Sound familiar? It should be because that’s pretty much the story of IBM, Microsoft, Dell, and virtually every other tech giant out there!

See, having a brand/image that consumers can understand doesn’t mean you have no credibility in the B2B marketing. It’ll be up to your product to decide that! 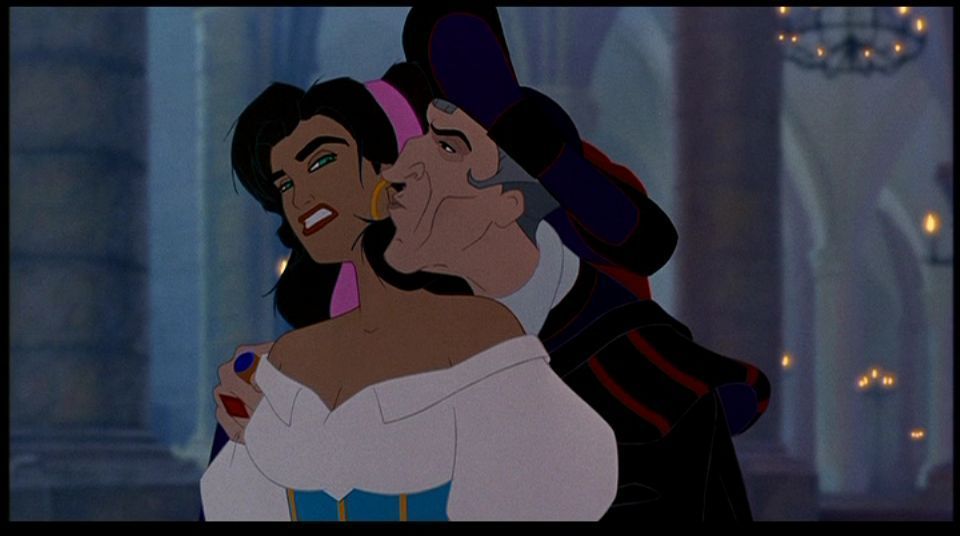 If you think kids find Frollo creepy, folks see only worse as they read this villains actions between the lines. A man’s lust for another woman isn’t exactly something you’d expect in a family film.

Then again, that’s exactly what makes Frollo a memorable bad guy. Those who watched The Hunchback of Notre Dame as a kid would soon find themselves having a much darker impression of him upon watching it again in their adulthood.

Just like the Horned King, there is a sort of higher understanding involved. But instead of appreciation, what you see here is information being relayed as double meanings. Kids won’t get the more insidious implications of Frollo’s actions just as regular consumers won’t get the possibilities of certain technologies in the B2B space. It’s like the famous case of consumers using the anticipated Google Glass much differently compared to, say, medical professionals.

The entire Pirates of the Caribbean franchise was already a great, popular departure from the typical Sing-Alongs and fairy tales of mainstream Disney. It only makes sense that its first villain be just as unorthodox.

While the main baddie in the first film, Barbossa goes on to be an ally in the second, third, and fourth (and even gets a happy ending in the last one). His initial image went from a cold, scheming cutthroat to a man who tires of his fate never being in his own hands.

This sounds like a serious case of rebranding right? In a way it is and it’s quite a flexible strategy for B2B organizations that have greatly expanded their offerings. Just because your business story starts out in just one industry doesn’t mean you can’t have your brand take up other roles.

Again, you don’t have to be the villains themselves to understand the advantage of having different levels of your brand. Just like fictional characters, it gives your business a certain depth attracts appreciation from many.